The quintet made a name for themselves in their native Australia in 2008, where their mixture of punk rock and metal guitar sound earned them both Rock and Hip-Hop fans. 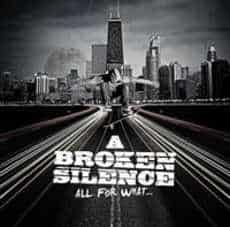 Already toured with popular Hip-Hop and Rap artists such as De La Soul and Xzibit, A Broken Silence is define as the band who “pushes the boundaries of genre while staying true to their individual cultures, in effect creating a sound that does not have many to compare to.