Easily the best record for 2011. Tom Waits is one hell of a songwriter!

Spy sound textures. Aural Cold War paranoia. Best movie of the year and best soundtrack of the year. Cool blue jazzy ala Miles from the late 1950s. Get it and relive the days of Nikita Krushchev slamming his shoe down on a table at the UN. Well that’s wrong, but this aint no Maxwell Smart or Man From Uncle schlock. Real Deal!

The bonus EP, So Outta Reach makes it worth your while to get this Deluxe Edition. I love this record, just can’t take it off. Always was a reverb freak. Songs so mellifluous, flowing right through your soul and out into the atmosphere. Simple arrangements, kind of demo-y but that’s where the appeal lies.

You couldn’t get this Tiny gem last year on itunes, but it became available in 2011. Yea, I know it’s an old record, but I allowed myself to include a reissue. Strawberry Tea is as psychedelic as anything by Strawberry Alarm Clock, Love, or the Blues Magoos. Watch those old clips of Tiny on Laugh In, you’ll be back in the groove again!

I must confess, I didn’t really listen to Amy very carefully until it was too late. Got Back To Black just last summer and it was everything it was chalked up to be. This new and final offering doesn’t disappoint me either. Our Day Will Come with the staccato tenor sax is my favorite cut currently. I have some catching up to do with Amy’s music, but I’m doing it backwards. Yet Hidden Treasures spans her entire career, so maybe I’m okay?

I listened to Jordi Savall more than anything else in 2011. His music makes for great background texture when you’re trying to get some serious writing done. You have to study the linernotes and credits most carefully too, so you can understand the musical culture he’s attempting to emulate. This one gives you the flavors of Istanbul, dating from the 16th century. Okay, it’s 1130-1750. Called Constantinople then.

Alright, so this record actually came out in 2002. It’s the best recording of The Rite of Spring, except Stravinsky conducting himself, in a 1960 recording. I want that one too! Gramophone magazine has dedicated its December issue to Igor, since it’s been forty years since his death. What’s the Rite about? It’s about a pagan fertility ritual sacrifice of young maidens, I believe. Did riots break out in Paris at its premiere in May of 1913? Some type of ruckus did. 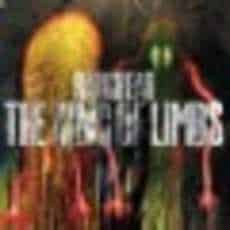 8. THE KING OF LIMBS RADIOHEAD SELF-RELEASED

The Aural textures bewilder, set you afloat dreaming of a world of art, Aubrey Beardsley and all of that. King of Limbs more like an extended EP, with eight songs to offer you.I hear there are two new songs you can get now too. The artwork was done by Stanley Donwood and his ghostly figurines provide a sizable contribution to the whole packaging. Cover of the year! And Radiohead are the Kings of Internet Marketing! The more obscure they try to be, the more accolades they receive for promotional innovation.

9. SO BEAUTIFUL OR SO WHAT PAUL SIMON CONCORD MUSIC GROUP

This new offering from Paul Simon is like a Christmas card from a long lost friend who you almost forgot was still around. I had to print out the booklet from itunes so I could read the lyrics and credits a thousand times over, just as I did on Old Friends or Bridge Over Troubled Water (back in the olden days). The masterpiece, for me, has to be Love and Hard Times. Exquisite songwriting with a casual conversation between God and his Son; the phrasing of chord progressions has this as many songs wrapped up into one. 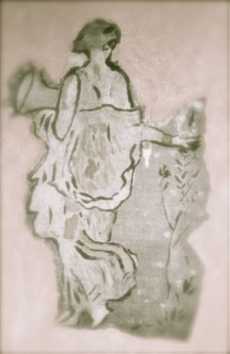 I found this compilation of Italian odds and ends at Waterloo Records here in Austin. I didn’t hear it until I got home, but I already knew it was a winner. 21 tracks from the likes of Tony Esposito, Amedeo Tommasi, and even Ennio Morricone. Tracks date from the ’70s and ’80s mostly. Some are funky, most are jazzy, and many are tunes from Italian movies we’ve never seen, but would like to if the opportunity should ever arise.

I’m a little old, so I didn’t just mozy over to Adele’s corner too quickly. I’ve seen a lifetime of pooped out pop-idles piled up as so many charnel bones after having been sacrificed on the chopping block of cruel popular opinion. To reference a weathered cliche, no weak links here on 21. Adele writes her own songs and channels some country, soul, and a little Amy Winehouse (I may be hearing in there too). Turn the Tables is my favorite song. 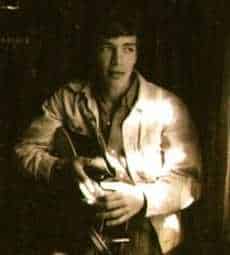 I was glad to see the yellow vessel floating back into my dock, but it had received a fresh coat of paint since I last looked over the memorial exhibits in YS museum on the top dock. Looking more like the Bismarck after English torpedoes blew it to smithereens. You can whip up a nice before and after if you’ll get the 1969 edition. This is what I did. It’s lots of fun!

13. SACRED FIRE JIMMY CLIFF COLLECTIVE SOUNDS Jimmy Cliff’s five song EP brings back the reggae sound almost forgotten. With Tim Armstrong as his producer, Jimmy returns triumphantly to his Jamaican reggae roots and to The Harder They Come Days. The last song, Brixton Version is classic dub and Ruby Soho could have easily been on the movie soundtrack. Had to watch the movie again and dig up barrels of memories of the Garden Cafe here in Austin.

True, this is a reel to reel tape, but it’s available in a digital format now. The hit song here is Jennifer Green (13:43-16:40 on tape 13). John won’t be forgotten as time glides its merry way through the galaxies. Means nothing, but its catchy. Okay, Art never dies! That’s a little better.