Shades of Pan’s Labyrinth in Supernatural Suspense Flick from Spain

A year ago, Pan’s Labyrinth, a magical blend of surrealism and WWII saga won three Academy Awards, plus nominations in the Foreign Film and Original Screenplay categories. Now, that masterpiece’s writer/director, Guillermo del Toro, has served as producer of a horror picture rather reminiscent of his own escapist fairy tale.

The Orphanage revolves around Laura (Belen Rueda), a woman with mostly fond memories of the seaside orphanage where she lived some 30 years earlier. Today, we find her married to a doctor (Fernando Cayo) with whom she is raising an adopted son, Simon (Roger Princep). 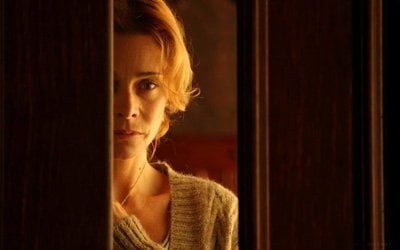 The couple has decided to purchase the now abandoned, run-down estate with plans to turn the premises into a home for sick kids. However, soon after moving in, seven year-old Simon’s fantasizing begins to get the better of him as he starts talking to imaginary friends.

Laura supports the boy’s belief in the supernatural, sensing that some otherworldly spirits might have invaded the place during the period it was vacant. This causes tension in between her and her husband, Carlos, who is doesn’t believe in ghosts, since he is more inclined to think that his wife has become deranged. 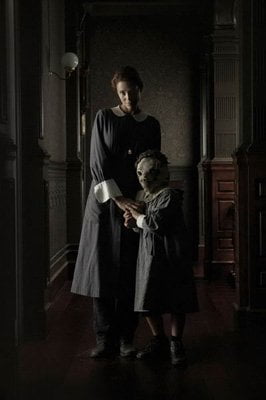 This is the eerie premise of The Orphanage, a film which marks the directorial debut of Juan Antonio Bayona. More suspenseful than scary, the movie is apt to disappoint anyone expecting to scream out loud in the theater. Nonetheless, it’s effective at casting a creepy pall over the proceedings which permeates the picture for the duration.

An unnerving meditation on loss of innocence.

In Spanish with subtitles.