A slice of life mobster tale about bottom feeder Bay Ridge Brooklyn hustlers in the shadow of the Verrazano Bridge, The Narrows manages to be both lyrical and brutal. With its unique take on the conventional crime drama, the movie is tempered with a subtle – as opposed to sledgehammer – female touch courtesy of screenwriter Tatiana Blackington. And the cultural outsider’s keen perspective of French director Francois Velle, who has clearly immersed himself in the ethnic fabric of alternately vibrant and downcast workingclass Brooklyn.

Kevin Zegers is Mike Manadoro, a temperamental local youth with big dreams of studying to becomke a photographer, and diminished prospects. His scornful widower dad (Vincent D’Onofrio), a former sanitation worker on disability, now runs numbers for the neighborhood mob, while Mike does drudge duty for a mob-controlled livery cab company. And while his longtime girlfriend chain smokes biding her time till her ho-hum guy might propose to her, Mike connives his way into NYU and falls hard for a pampered princess classmate (Sophia Bush). 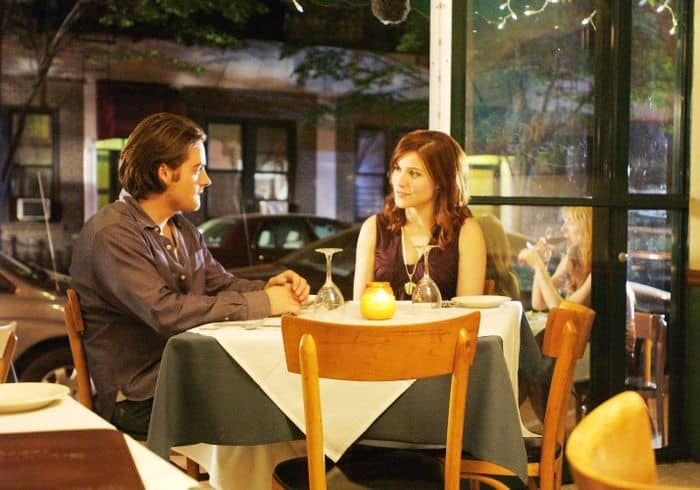 Meanwhile, two loose cannon thuggish Afghanistan vets from different wars there – Mike’s stressed out boyhood pal Nicky Shades (Eddie Cahill) and an older ferocious Russian hitman – square off tragically over disputed turf. And encroaching Albanian gangsters, along with yuppies in search of gentrified digs, threaten to move in on all of them.

The director impressively shakes up the hackneyed mob genre, conveying a genuine feel for the tense vibes of the hood in his testosterone-fueled tapestry of coarse characters, pungent lingo and a palpable sense of place inseparable from personal identity. And a little take-no-prisoners satire kicks in too, as a classroom of NYU sociology geeks proclaims insight into Brooklyn inner city existence, that they haven’t a clue about.