You heard it here first: the late Heath Ledger will win an Academy Award for his defining, spine-tingling performance as The Joker. Forget Cesar Romero’s hamming it up on the campy Sixties TV series. Ditto, Jack Nicholson’s equally-over the top rendition in the first screen adaptation of Batman back in 1989.

Ledger easily eclipses each of his predecessors via an inspired interpretation of the character as a maniacal misanthrope much more menacing than mirthful. Not that he doesn’t also have a full complement of laugh-inducing lines like “Whatever doesn’t kill you simply makes you stranger,” “I love this job,” and “You know, you remind me of my father. I hated my father.” Still, what makes this incarnation of The Joker unforgettable is that under that garish clown makeup is a philosophical and downright scary psychopath with mayhem at the top of his agenda. 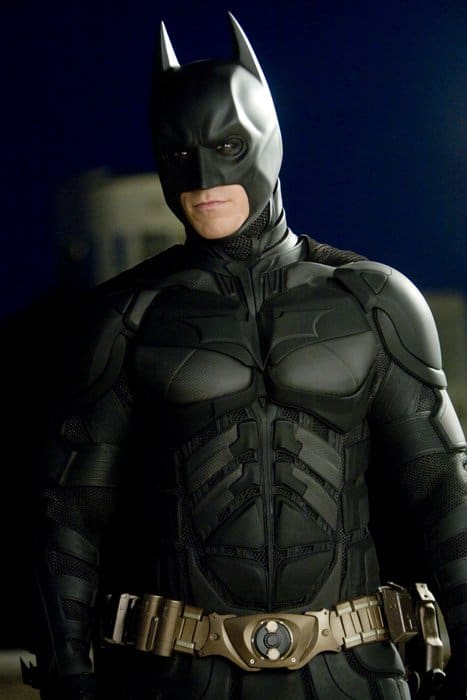 The accolades for The Dark Knight don’t stop with Ledger, as the picture itself happens to be not only the best blockbuster of the summer, but perhaps the best comic book adaptation ever brought to the big screen. And although it’s awfully early to be talking Oscar buzz, nominations also ought to be in order for director Christopher Nolan (Memento) and for oft-overlooked Christian Bale who delivers again as The Caped Crusader.

As for the plot, at the point of departure, we find Gotham winning its battle against the underworld, thanks in no small part to the efforts of Batman. Everything changes the day The Joker shows up in town and pulls off a brazen bank robbery of a fortune of laundered mob money during which he strategically knocks-off each of his accomplices at the moment he no longer needs their services.

Next, the double-crossing clown approaches the city’s loose confederation of crime bosses and offers, for a price, to kill the vigilante on the brink of shutting down their embattled syndicate. They reluctantly agree, which means Batman must match wits as much as muscle with this most-worthy adversary.

Fortunately, his alter ego, billionaire Bruce Wayne, with the help of his loyal butler, Alfred (Michael Caine) and genius inventor Lucius Fox (Morgan Freeman), is capable of outfitting himself with a new line of state-of-the-art Bat gadgetry, including a Batmobile, a Batsuit, a Batpod, Batdarts, Batsonar, and so forth.

Yet, despite all the bells and whistles and eye-popping special f/x, The Dark Knight is fated to be remembered unavoidably as Heath Ledger’s chilling swan song. At least he saved his best performance for last.

Rated PG-13 for menacing and for intense violence.

To see a trailer of The Dark Knight,