John Rabe kept diaries during the 27 years he spent in China as an employee of Siemens. His scribblings detail the minutiae of his life and relationships with the city and the people with whom he became deeply entrenched. He was a perfectionist, fiercely loyal to the Third Reich and was so touched by the trust the people of Nanjing placed in him that he refused to leave when the Japanese occupation began. As John Rabe was touched so the filmmakers touch us with his compelling story created from the diaries that he kept so faithfully.

The Japanese attack Nanjing in 1937 and, with the Chinese army ill equipped to defend the city, themselves or the civilian population, a brutal occupation begins. The only thing that stands between the people and mass slaughter is the Safety Zone, set up by Rabe, where no soldiers are allowed and weaponry is banned. The Japanese are forced to accept these 700 acres as sacred and soon civilians begin to arrive in droves to live in the squalid housing, survive on the inadequate rations and wait, powerless, for their freedom to be returned. Rabe looms large as their gatekeeper, staring boldly back into the glittering, black eyes of the enemy who time and again try to devour his flock. He never budges, never bends and fails no one, including himself.

There is a great sense of time and place in this film so it is a mystery why the filmmakers chose to include brief excerpts of stock footage. Not only does this take us out of the moment but it also makes us wonder if the filmmakers believed they had recreated the streets of Nanjing as they really were. The relationships that John Kobe has with his colleagues, the Chinese and his adversaries are well drawn but unfortunately the one with his wife raises a red flag the moment we see them together. This deliriously happy couple have been married for 27 years and are absolutely charming and affectionate to each other the entire time. And if that’s not stretching it, when they get into bed they start snogging (that’s British for ‘making out’) by which time you know that they are undoubtedly doomed. And while the bestial behavior of the Japanese cannot be doubted, I think seeing them choreograph their display of mutilated heads to take photographs for a Yamaha competition is taking things a little too far, particularly when watched by a sensitive German who probably doesn’t know one end of piano wire from another.

As we feast our eyes on the sullied Nanjing streets, our mouths become so soured by the banal diet of cold, boiled rice that we barely notice the message that is being fed to us so subtly but convincingly and we have no idea that our minds have been turned and we now believe that the only way we should live our lives is for the good of all, not for one person or for a minority, but for the whole. It’s a message about community and we are firmly told that once we become part of a circle we must never let it break, however impossible the choice may be and however much it will break us inside. 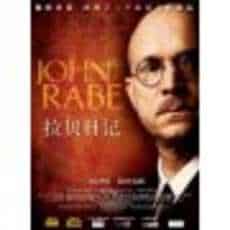 When John Rabe returned to Germany he contacted Hitler to beg him to use his influence to stop the atrocities and Hitler’s response was to have him detained and interrogated by the Gestapo. Years later, when Rabe and his family were literally starving, he received monthly food and money parcels from the Chinese government who clearly considered him to still be part of the Nanjing circle.