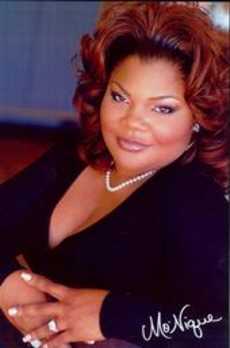 During her opening monologue on an outdoor stage at the Ohio Reformatory for Women, Mo’Nique explains her presence to an appreciative crowd of about 2,000 convicts with, “We live in society that threw you away and said you weren’t valuable, and that you were trash. I don’t believe that.” And by the end of this alternately touching, irreverent and uproariously funny concert flick, like the cheering and weeping inmates in attendance, you should expect both to bust a gut laughing and to be moved to tears.

The colorful comedienne called her show “I Coulda Been Your Cellmate,” because she repeatedly relies on that “there but for the grace of God go I” theme as a punch line to empathize and identify with the plight of her captive audience. Using extremely salty language, Mo’Nique’s brand of observational humor touches on a number of subjects which obviously resonate with the female felons, ranging from how to know if your man’s on the down-low to a graphic description of her pregnancy in 2005 which led to the birth of her beautiful twin boys.

Eliciting squeals of delight along the way, this acid-tongued sister pulls no punches, whether explaining why she curses so much (“Because I like it!”), doling out relationship advice (“If that nigger don’t work, get another one!”), or suggesting how to behave behind bars (“Don’t go to jail and get gay!”). Provided you are capable of checking any politically-correct tendencies, you are apt to enjoy this raucous romp from beginning to end.

What makes it all worthwhile are the priceless moments that Mo’Nique devotes to show her little-known sensitive side, as when lifting the spirits, one-on-one offstage, of a woman doing 145 years for murder. But she’s at her very best in an inspirational farewell where she exhorts them all to “Dream as big as you can. They told me I was too fat and too black. And they told me I would never be a sex symbol,” she laments, before breaking into a big smile because, “Right now, I’m a big, black, mother-[bleeping] sex symbol.”

Unrated, though laced with profanity, the N-word, homophobic slurs and sex-related humor.

DVD Extras: Behind-the-scenes footage and an interview with the warden at the Ohio Reformatory for Women.