Though cinema’s most currently beloved, on occasion gun-toting grandma Madea may be as adamantly incorrigible as ever in I Can Do Bad All By Myself, she’s got a few meaningful tough love lessons for younger generations in Tyler Perry’s latest bible-laced rowdy screen rant.

Adapted from his stage play and featuring makeover maven Tyler’s repeat reincarnation of Madea/Joe all by himself, the film sparkles with humor, heart and the euphoric musical infusion of a soulful diva or two, courtesy of Gladys Knight and Mary J. Blige. But can we save those mandatory over the top raucous religious screamfests for Sunday church already.

Madea does tone down her cussing tirades just a bit this time around, to creatively scold a posse of kid burglars who break into her house one night and grab her broken down VCR, after which she feeds them breakfast. And in a movie also noted for its catchy nicknames, Madea aka Big Bird drags the young motherless rascals over to the house of their alcoholic Aunt April, aka Hooker (Taraji Henson). Though she’s too busy tending to her mean-spirited married boyfriend (Brian J. White) to bother for long with these needy waifs, Manny (Kwesi Boakye), Byron (Frederick Siglar) and their pouting teen surrogate mom, Jennifer (Hope Olaide Wilson), aka Puffy, Biggie and Lil’ Kim respectively. 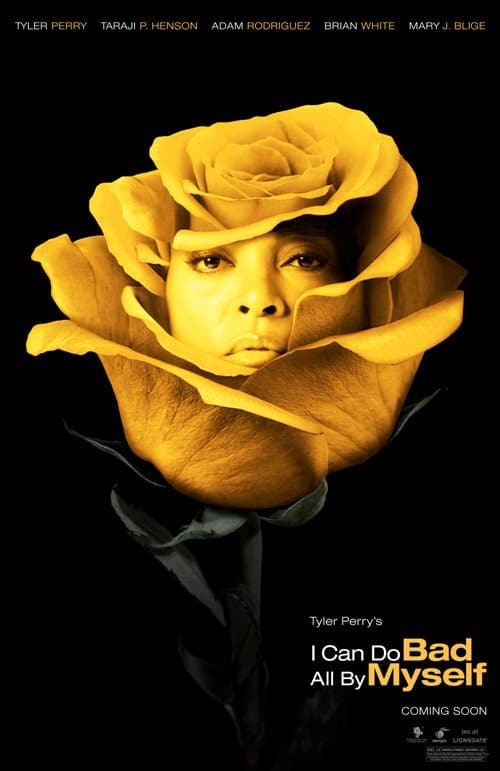 But when a south of the border undocumented immigrant Sandino (Adam Rodriguez) shows up at the local church seeking work, the pastor (Marvin L. Winans) sends him to live with a none too pleased April and earn his keep fixing up her dilapidated home. And Sandino, aka Mexico aka Houseboy, is soon also intent on repairing this dysfunctional family, despite the resistance of nearly everyone concerned on the seedy premises.

Perry continues to perfect his unique flair for squeezing salty comedy out of the righteously rude rage of a bunch of angry black folks. And this time around he’s got more than a few female empowerment type of inspired moments on hand, as cautionary encouragement to be ‘something more than just a reflection of a man’ while standing in his shadow.

While these not always subtle messages about human connectedness and individual self-worth are best when secularized, they do get nicely channeled intermittently through the uplifting musical impressions of Blige and especially Knight as club torch singers. Not to mention Madea’s hilariously blasphemous comic relief interlude rewrites of bible lore, including Noah’s cruise ship ferrying Eve in the VIP section to whatever gloriously outlandish destination.