Doctor Who supposedly has kids hiding behind the sofa because of some of the baddies on the show but personally I don’t completely agree. They are (the baddies) elaborate and often fantastic looking with curious powers or weapons of some kind but they’ve never had an effect on me in the hiding behind sofa sense (that goes for my brother too who is actually a child). Deep breaths villains make the list for genuinely creepy which is a little hard for me to admit – so there – said it. The clockwork droids from David Tenants’ 10th doctor’s run reappears in this episode, albeit not as we remember them. Myself and my little brother unconsciously found ourselves holding our breath as Clara attempts to evade capture. Jenna Coleman takes the opportunity to shine with a stellar performance which could have easily looked tacky and cheap rather than intense and believable. 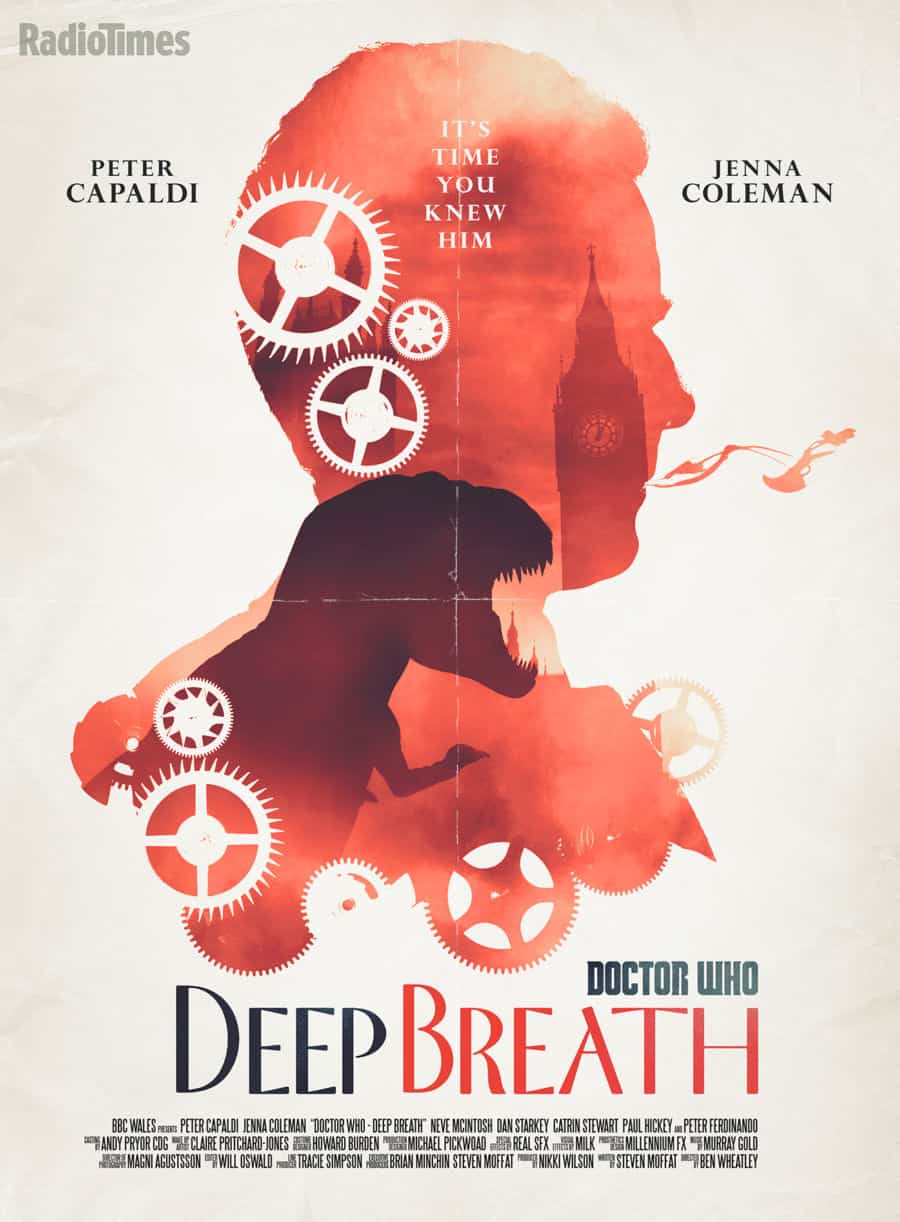 Peter Capaldi’s 12th doctor or 13th doctor or 1st of this regeneration (I’ll let the whovians debate and decide) is sharp, he seems to snap his sentences at times. He’s funny-each actor brings something new to the role where humor is concerned and it may be over referenced but Peter Capaldi’s days as Malcolm Tucker seems to have squirmed its way in too, as Peter delivers memorable comedic lines (albeit courtesy of Stephen Moffat) with hilarious aplomb. Capaldi’s shines and acts you into a state of comfort where you almost forget he’s new. Then again its well recorded that he’s been a fan of the show since his youth- he has been doing it all in his head only this time he has a beloved audience.

The episode was well paced and eases you into time, place and point of being there rather gently while Stephen Moffat essentially bakes Capaldi’s showing more and more glimpses of the type of doctor he’ll be. A sense of eagerness for the next episode begins to set in come the final act because Capaldi’s doctor is almost finished ‘buffering’ as the doctor jokes in a passing comment about the state of his memory. His doctor is much more noir, a realist, refreshingly unapologetic to our politically correct impulses-blunt. A welcome change the recent happy go-lucky vibe; not to say Matt Smith, David Tennant and Christopher Eccelston didn’t have them but this doctor is an entirely different alien altogether. By the end of the episode I was ready to watch the second but unfortunately I had to wait a whole week so until the next episode-bye bye.