When Carmel Boxer (Gabrielle Union) passed away, almost all of her extended family willingly descended upon their sleepy hometown of Huntsville, Alabama for her funeral. The only holdout was her brother Helms (Billy Dee Williams), an embittered expatriate living in Paris.

Helms had to be tricked into believing his sister had already been buried before he would return to his roots. Why? Because he had made such a mess of his life by the time he left there. He had grown up during the days of segregation and had dared to date and then even to wed a white woman. And though that marriage to Nancy (Leslie Ann Warren) would not last, it did at least produce an estranged, cafe au lait daughter in Lucy (Melissa de Sousa). 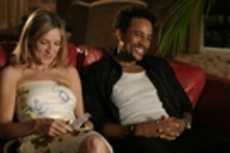 His second marriage, to Jenita (Rae Dawn Chong), a black woman, didn’t last either, it did happen to produce another offspring, namely, relatively well-adjusted Rosa (Zoe Saldana). If this scenario doesn’t sound like enough of a soap opera, also back in town is Lucy’s white husband, Kent (Alec Newman), and Rosa’s black ex-boyfriend, Errol (Hill Harper), who cheated on her with her white best friend, Celeste (Ever Carradine).

And wouldn’t you know it, Celeste is the niece of Bear (David Clennon) who just wished he had had the strength a half century before to propose to the love of his life, the dearly-departed Carmel. But because he never summoned the gumption to cross the color line, he was fated to be plagued by overwhelming regret to this very day. 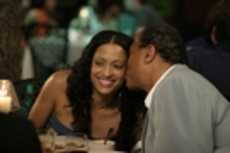 So, you’ll need a scorecard to keep the players straight in Constellation, a distinctly disappointing sophomore effort by writer/director Jordan Walker-Pearlman, whose impressive debut, The Visit had landed high atop this Critic’s Top Ten List for 2000. Here, he taps several of the same actors (Harper, Chong, Clennon and Williams), but in service of a decidedly inferior gabfest.

This overplotted, emotional dump plods along as if the characters are stuck in the cinematic equivalent of quicksand, never generating any traction because no matter how much everybody vents, nothing of consequence ever transpires. Walker-Pearlman apparently bit off more than he could chew, for this rudderless production lacks the coherence to see it as a finished feature film. 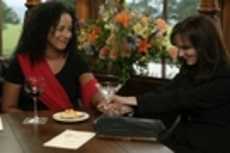 Yet that doesn’t stop Constellation from purporting to deliver a message, that “You love the people who love you back.” Well, the same goes for flicks, and this one doesn’t show much love.

Rated PG-13 for brief profanity and a sexual reference.