This is a story about a genius scientist who played such a major part in World War 11 that, without him, there may never have been a D-day. The same scientist is also responsible for much of the technology that we use today and it could be assumed that this is a story about achievement and patriotism and glory; but, unfortunately, it’s not. Instead, it’s a tale of prejudice and castigation and ingratitude and how a desolate soul could never find a place in a world he helped to save.

Alan M Turing was born in England in 1912. He won a scholarship to Cambridge University and in 1936 wrote a paper titled ‘Computable Numbers’ which introduced the concept of the computer to an unsuspecting world. His reputation as the greatest mathematician of his time grew and when the Second World War broke out, he was invited to join an elite team of Codebreakers, where he surpassed anything he had done before. 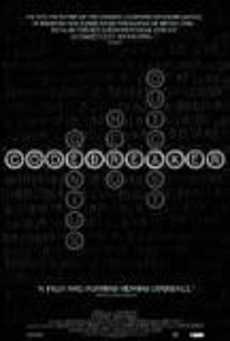 The Germans had created a machine called the Enigma, which they believed wrote codes that were impossible to break. Unfortunately for them, a machine was no match for Mastermind Turing and the carnage their U-boats had been inflicting on Europe was abruptly stopped. When the war finally ended, the Codebreakers returned to their former lives and the work they had done for their country went largely unrecognized. This was taken a stage further with Turing, who was not only never acknowledged as the hero he was, but was persecuted by his government for the rest of his life.

It’s 1885 in the United Kingdom and a Statute is passed to make homosexuality illegal. The original Bill also included lesbians but this was vetoed by Queen Victoria, who was believed to be gay herself. This made a mockery of the law but that didn’t stop this ruling from remaining legal for nearly a century to come. It was this same Statute that victimized Turing to such an extent that he stopped being able to function, both physically and mentally.

The British Government made a public apology to Alan M Turing in 2009, stating that he “deserved so much better.” Unfortunately, Professor Turing is no longer with us and he was unable to witness this belated remorse. So it’s a sad story indeed and perhaps those who oppose gay rights should view it as a cautionary tale, realizing that there are some debts that can never be repaid, no matter how sorry we say we are.

Available on DVD. Streaming on Netflix and Hulu.