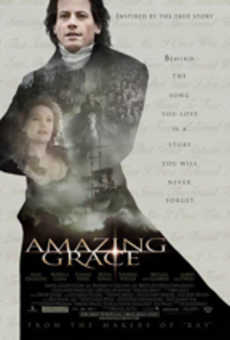 William Wilberforce (1759-1833) was born into a well-to-do family of British merchants. He attended Cambridge University which is where he forged an enduring friendship with William Pitt the Younger (Benedict Cumberbatch), a classmate who would become England’s youngest Prime Minister a few years after graduation.

Rather than follow in his father’s footsteps, Wilberforce also opted to enter politics, and was first elected to Parliament at the age of 21, representing Yorkshire. Inspired to serve more by humanitarian interests than by blind ambition, the young philanthropist soon became a leading advocate of social reform. 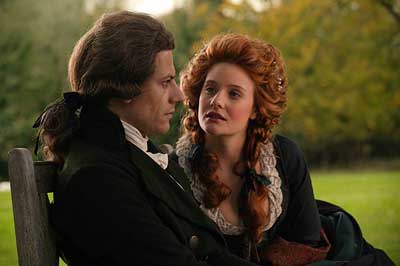 But he really found his true calling after becoming an Evangelical Christian when he came under the influence of abolitionists like Thomas Clarkson (Rufus Sewell) and John Newton (Albert Finney), the remorseful, former slave ship captain who had written the hymn Amazing Grace following a dramatic religious conversion. Wilberforce experienced a similar transformational spiritual encounter which prompted him to lobby tirelessly against slavery for the next 20 years.

And it is this uphill battle which is vividly recounted in Amazing Grace, a compelling bio-pic from veteran director Michael Apted, who is probably best known for the 7 UP series of documentaries. Here, Apted ever so convincingly conveys the notion that an impassioned idealist is just as capable of shaping history as the monarchs and military heroes who are typically the subject of this sort of costume drama. 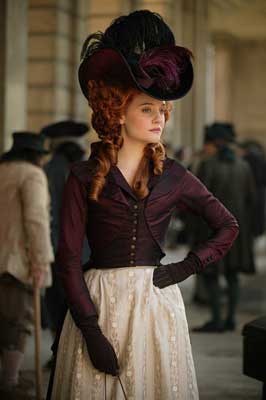 Ioan Gruffudd makes a yeoman’s effort as William Wilberforce in a challenging role which calls for him to portray, empathetically, a determined character somehow simultaneously imbued with an endearing humility offset by a God-ordained self-righteousness. The stellar supporting cast includes Youssou N’Dour as ex-slave Oloudah Equiano, Romola Garai as Wilberforce’s wife Barbara Spooner, and Michael Gambon as Lord Charles Fox.

Be forewarned, audience members expecting eye-popping action sequences are apt to be disappointed by this character-driven production. However, those approaching the picture as an overdue tribute to an overlooked icon are apt to be richly rewarded, and perhaps even inspired by this self-empowerment flick which arrives at a time when society is sorely in need of another such hero.