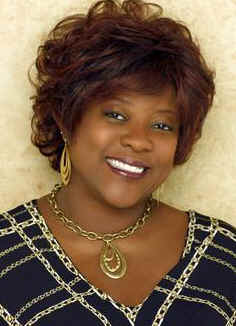 Houston’s Loretta Devine is a classically-trained thespian and vocalist who burst onto the scene in 1981 when she played Lorrell as a member of the original Broadway cast of Dreamgirls. She then used that stage success as a springboard for an enviable career on TV and in film which has landed the versatile actress five NAACP Image Awards.

Among her eighty acting credits are memorable appearances in such well-received films as Crash, Waiting to Exhale, Introducing Dorothy Dandridge and Woman, Thou Art Loosed, and recurring roles on TV shows like Grey’s Anatomy, Boston Public and Everybody Hates Chris. Loretta is now enjoying something of a renaissance on screen, as she is starring in two movies currently in theaters, Dirty Laundry and This Christmas. Plus, she has another, First Sunday, set to open next month.

KW: Hey, Loretta, thanks so much for this opportunity.

LD: Yes, my pleasure. How are you?

KW: How did you decide to do Dirty Laundry?

LD: What really interested me was the writer/director Maurice Jamal. You know how you meet somebody and there’s something special about him? Plus, the size of the role. When you’re black in Hollywood, it’s very hard to get that kind of piece to do. Have you seen the movie?

LD: Remember the monologue at the dinner table at the end? That was such a challenge, especially because we had such a small window to complete it in. I really wanted to see if I could meet that challenge. It was very low budget, so we worked long hours, and hard. And I thought the content was incredible. It was about Maurice’s mother to some extent, so it was a personal experience for him, and that made it more interesting to me. Also, it was sort of a different character from the sweet, wonderful person that I usually get to play.

KW: It’s funny that you have two movies out at the same time where you’re playing a family matriarch.

LD: But they’re flips of each other. They’re totally different women. We actually shot Dirty Laundry two years ago. Maurice had been struggling to get it mainstreamed, and finally it happened for him. Things happen when they happen.

KW: So, it’s just a coincidence that they’ve been released together. How would you describe you’re character in Dirty Laundry, Evelyn?

LD: She’s a washer woman who smokes, and drinks and curses, and is not considered a very good mother, yet is a wonderful mother in her own way.

KW: How do you decide whether to take a role?

LD: Well, you’re lucky just to get roles. Be mindful of who you’re asking. [Laughs] My career has been blessed. Sometimes I feel like I’m so favored. Like now, having three films opening back-to-back. First Sunday is an ensemble piece, but I still have a very good role in that. This is feeling like the beginning of my career, even though I’ve been doing it forever, since the Dreamgirls days 25 years ago.

KW: Do you remember Deborah Burrell who was also in the original Broadway cast?

LD: Of course, we still stay in touch!

KW: She’s a childhood friend of mine. We were in the same grade and went all the way through grammar school and junior high together. And our families still attend the same church.

LD: Oh, my God! Debbie and her sister Terrie. I always thought Deborah Burrell was one of the most beautiful women in the world. Just a natural with no makeup… and bubbly… I miss seeing her, but we stay in touch, we email each other and kinda keep up that way.

KW: I’m on the nominating committee of the NAACP Image Awards. You’ve won five times before. Do you think one of the studios will get behind you for one of these new pictures?

LD: Who knows? I hope so. After a while, you just do the work, and whatever else happens is sort of like gravy. I don’t even think about it really, because it’s so unpredictable, and everything depends on what’s in season or what’s hot at the time. I’ve been blessed with incredible projects like Waiting to Exhale. And I’ve worked with just about everybody in my peer group in some capacity, whether in a small role, or whatever.

KW: And you must be bringing a lot to the table, too, to remain in demand and to be associated with so many successful productions.

LD: Well, you know, I have a Doctorate in Theater from the University of Houston, a Masters in Fine Arts from Brandeis University, and I studied in New York. I think the bottom line is the work, whether or not people can relate to the work, whether or not you can create characters that people can identify with. I’m lucky that I look like I’m kin to everybody. [Laughs] Everybody comes up to me and says, “You look just like so and so” or “I look just like you.” I get that so much from all kinds of people.

KW: What do you attribute your longevity in showbiz to?

LD: For one thing, the studying. And I’m always on time and I work really hard. I think that makes a difference in whether or not you continue to work. And I love it. This is what I always wanted to do since I was young. God is so good to me. I think it’s heaven sent. I can’t think of it any other way.

LD: I’m afraid to give advice, ever since Kanye West put out that song, what is it, “Can’t Tell Me Nothing.” I don’t know if young people want advice, and everything is so different from when I started long ago. I think a few of the key things are the same: that you need to love it, and that you be prepared to struggle, because it looks easy, but it’s not. It affects your personal life. It’s rewarding, but it also takes you away from family and friends a lot. You might think you’re going to be rich, but you have less than others, yet people might think you have everything. You have to study and work hard, and know your stuff better than anybody else around in order to keep working. Some young people get one big break, but that’s all they get.

KW: Are you happy? I first posed that question, by the way, to your co-star in This Christmas, Columbus Short?

LD: I don’t know why anybody would bother even asking Columbus that question because he’s always grinning. His spirit is just like a bouncing ball. Who would even think to ask him that? Everybody just assumes he’s the happiest man in the world.

LD: Yes, I’m happy. When you’re able to picture things in your life, and then accomplish them, it’s just a wonderful thing. Being in this business is so much fun. You get a chance to meet some incredible people and to go incredible places. You may not be a millionaire, but you make enough to live well and to support your family. And you just feel favored. And I’m in love, so I’m happy!

KW: You’re in love? Do you want to share anything about that?

KW: Where in L.A. do you live? Have you been affected by the fires?

LD: No, I live in the ‘hood? In View Park, right off [bleep] and [bleep]. Don’t be putting that in no articles, so people are going to be finding out where I live, and be riding around my house.

KW: That was Jimmy Bayan’s question, not mine.

LD: Don’t be telling people where I live. I can’t have people bothering me. I need to go to work and stuff. You know the paparazzi in L.A. They’re crazy.

KW: Can you go to the mall or to a supermarket?

LD: I can go wherever I want to go. I don’t know how it is for others with their fans, but because I play very lovable characters, women come up and are very complimentary, and they only want to talk briefly. You just have to make sure you have extra time whenever you going in public, because you know you’re going to have to give some time away. Nancy Wilson once told me, “If you don’t feel like dealing with people, then you shouldn’t go out of your house, because it’s a part of the business you’re in.” So, usually it’s cool for me. But sometimes it’s a little weird, and you have to watch your back. But I can basically go anywhere I want. Sometimes, people are shocked to see me in a place like Costco. They go, “What you doing in Costco?” [Laughs]

KW: Thanks so much for the time, Loretta.

LD: It was really great talking to you Kam, hope we can talk again.

KW: Definitely. I appreciate it.