One of the most beautiful settings in Marina del Rey is The Beachside Restaurant and Bar. Located inside the Jamaica Bay Inn, it has a breathtaking view after completely demolishing the former Best Western and building a new resort at the tune of 15 million dollars, the results has elevated the Jamaica Bay Inn. Overlooking the bay, where at any given day there are people sailing their little boats, with yachts coming and going, one can dine in tranquility outside on the patio or inside their spacious restaurant for breakfast, lunch and dinner. This is where Executive Chef Allyson Thurber and her kitchen staff create magic.

Chef Thurber likes preparing Wild Pacific Ocean Trout Sashimi, along with many entrees that are conventional dishes, adding some unexpected elements like citrus harbinger sour cream, tobiko wasabi, tomato ginger compote, just to mention a few. The chef’s background speaks for itself. She graduated valedictorian from the Culinary Institute of America in 1988, shortly after; she took a position as Sous chef in London’s diplomat Restaurant. 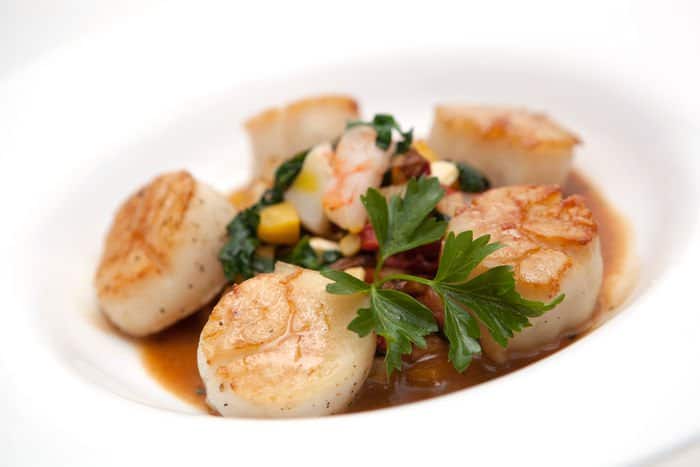 Chef Thurber then returned to Los Angeles and worked with famed chef, Thomas Keller at Checkers hotel. She was then offered a position at Watergrill restaurant as Executive Chef. It wasn’t long before she received acclaim for her creative dishes and traveled to Philadelphia to work at the Stripped Based restaurant and finally returning to Los Angeles to work at the Lobster Restaurant in Santa Monica.

As a restaurant critic I usually like to bring world travelers or celebrities with me, when I write a review. On this occasion, Tom Hallick, the former star of “The Young and Restless” among many feature films, joined me with his guest Yin Jiang, a concert violinist with The New West Symphony, who also travels with Andrea Bocelli. Now, let’s take our culinary journey. Emily Conrad, our hostess gave us the perfect view of the bay and Butch Rubio, our waiter, had a wealth of knowledge on wine selections as well as the menu. 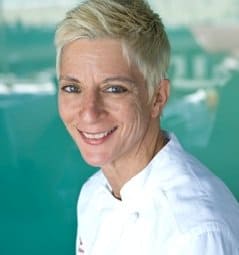 Beginning with the appetizers, Tom and Yin ordered the Ceviche with California Sea bass and Butterflied Shrimp and I ordered Chili and Lime Hummus with cilantro pesto, crispy bacon, with aged cheddar. “One of the best ways I see if a restaurant is good is by their Cavache. This is the best I’ve ever had,” said Hallick. Regarding my Chili and Lime Hummus, it was so good. But then again, I knew I was in for a treat or two. By this time, I ordered a Pi not Noir by Rodney Strong, which enhanced my taste buds just right.

Tom had a Belgium beer and Yin had a refreshing peach smoothie. As the evening progressed with Tom’s jokes, as well as Yins, we also treated ourselves with Tomato roasted Italian soup consisting of smoked cheddar and garlic croutons. Tom ordered Romaine and Endive Caesar Salad, consisting of Parmesan garlic croutons, shaved grana, Parmesan, Spanish anchovy and fresh basil. Everything up to this point was 5 stars all the way. To our surprise there was yet another main entree which melted in our mouths. 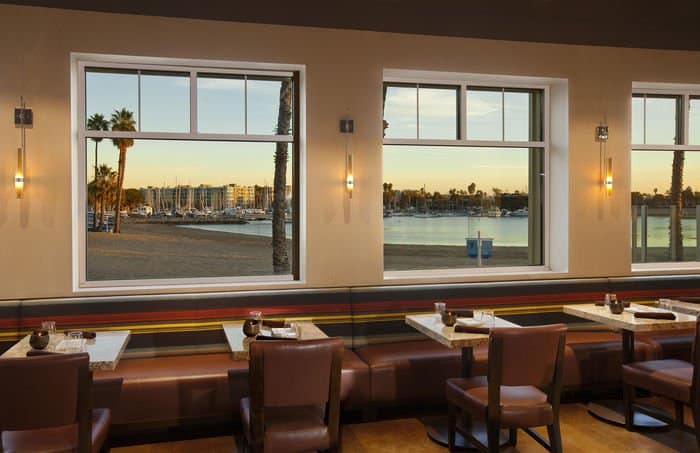 This was Chef Thurber’s way of saying “the best has yet to come.” First and foremost was my Wild King Salmon over garlic potatoes and Asian beans. This was truly a delight for me. Then there was Mahi Mahi with Coconut risotto, tomato ginger chutney and roasted garlic curry ail-oil. Tom feasted on this dish and Yin partook in the Sea Scallops, with shitake mushrooms, shrimp, potatoes, golden beet, spinach, piquillo pepper and sweet corn in a shrimp-tarragon sauce. Both of my guests did the yum yum em em to the very finish. There was no question, that this was the most festive and delicious dinner we had in Marina del Rey.

With just enough room for desert Chef Thurber brought out her own deserts, strawberry cheesecake and red chocolate rum tiramisu. It was a momentous evening and a wonderful dining journey indeed. The Beachside Executive Chef, Allyson Thurber is a gem. The excellent service with a marvelous view, along with excellent cuisine, awards The Beachside Restaurant, 5 Stars from Celebrity Scene News. For reservations call [310] 439-3032 Monday -Sunday. Tell them Peter Allman sent ya. 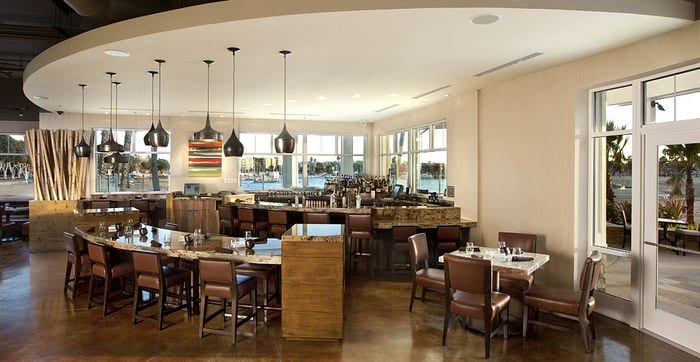