An offering of fine and rare artifacts collected by Frank F. Latta, renowned authority and author of Handbook of Yokuts Indians is open for viewing from March 31 to May 21 2007.

Most of the items were collected in the 1920’s and 1930s, when Latta was gathering the material for hus book, first published in 1949. The artifacts had been carefully catalogued; and were on diaplay in the Rancho Gazos Historical Indian and Early Californian Museum on Latta’s Gazos Ranch in southern San Mateo County. 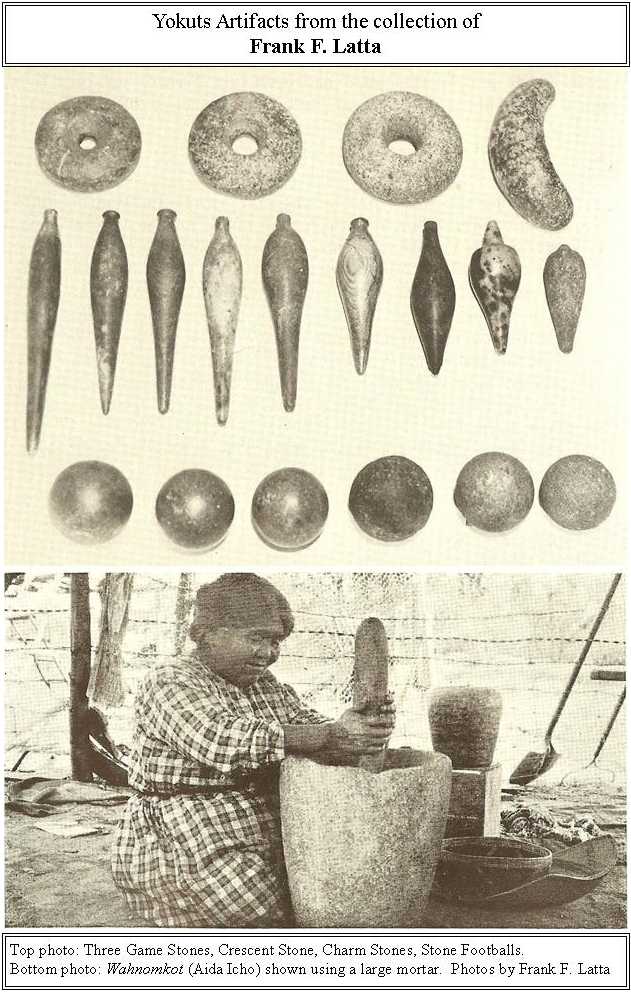 The collection was preserved essentially intact at Pacific Western traders until after Latta’s appearance here for a signing of the second edition of his “Handbook” in March 1978. Thereafter, portions were acquired by the Haggin Museum of Stockton, The California State museum, and Coyote Hills Regional Park Museum.

Many of the items included in the present offering, mostly stone specimens from Tulare, Kings and Merced countied, are illustrated in the Handbook of Yokuts Indians. Some of special interest are: a collection of beautifully worked stone mortars, charm stones, pigment mortars, and a crescent stone reportedly having been used in girl’s adolescence ceremonies.

Note: The 41st Annual Folsom Spring Antique Fair is to be held on Sunday, April 15 on Sutter Street, Folsom.