NewsBlaze News
Home Entertainment Features Who Do You Do VooDoo?

Blaming earthquake victims in Haiti for their own death is expected from a bigoted preacher whose name is not even worth mentioning, whose business in an industry of fear, ignorance and hate, but it seemed to me this month and last, that even supposed spiritually enlightened beings chose to slam Haitians for their religion, including even some of those religious minorities themselves. So here we had it, so called new age types calling practitioners of an ancient religion, with adherents in the millions, a cult, or, that favored insult among many, Devil worshipers. 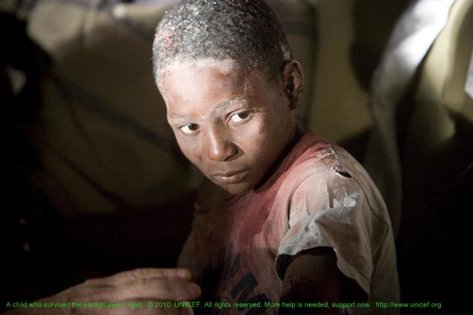 The most absurd thing, is that I can bet you that nearly every one of these persons that insult the religious beliefs of the majority of Haitians, have not read one scholarly book on the religion of Haiti, with objectivity, of which there are few, nor spoken with a person who actually practices one of the Fon* or related religions, and merely base their beliefs and prejudices on heresy, bad Hollywood movies, racist ideologies, or singular books of misinformation written by authors with their own agenda, rather than fact.

The people of Haiti are largely a brave, bright, and beautiful people filled with life and spirit who work to do good in order to get good results, because that’s just what we should do, and, if someone does them wrong, it is generally about putting that issue at the foot of God, or the gods as they say, to let divine justice merit it out, and that is rational and humane.

Haitians have added to the world not only through their unique and powerful spiritualism, but also through the world of their art, tribal drumming, and dance, the latter two of which has influenced culture on a global level. The culture of Haiti should be studied and appreciated, not feared and chastised.

The closest thing to Devil worship concerning Haiti, is by those who are filled with hate so greatly against the Haitians and their religious freedom that they seek to destroy them and pillage their land and resources. That is the true evil, the blind hatred of racists, practice of religious intolerance, harbingers of fascist imperialism, and the deranged, who continue to kidnap children from Haiti or any other land.

I urge you to open your mind to the truth. Understand others around you, or on the other side of the world, even if they look different, act different, or worship another god. You don’t have to love or even like them, but at least know what you are talking about before you say you are against it. At least teach yourself and understand that which you criticize.

If everyone in the world spent a little bit of time each day trying to understand the other side, rather than repeating addictive cycles of hating based on ignorance, the world would be a far better place. Try it, and you just might find that the things you condemn aren’t so different from what you believe after all.

* Fon is one of the predominant West African tribes in the country of Benin and Southwest Nigeria, comprising nearly four million people. Most of the Fon practice the Voudon religion, and the name can refer to their language, ethnicity, or in a general sense, religion.