By now many people may have heard of a man by the name of Prophet – King Nazir Muhammad. Prophet Muhammad is widely known for his avocation of universal lesbianism as a means to curb domestic violence among men and women. You may view Muhammad’s radical solution to this age old problem by clicking the link below.

Separation: Words From ‘The Lesbian Messiah’

In recent months Prophet Muhammad has published several new books ( The Lesbian Bible ) and ( The Republican Messiah ). Muhammad is set to release his final book ( The Sacred Book of Power ) the official holy scripture of his newly formed religion, and this book is due out April 5th 2015.

All of these titles and more may be ordered through Muhammad’s own religious Ministry ( The Ministry of Good Fortune ). 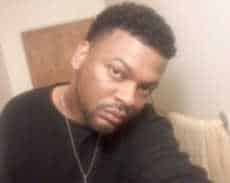 We must note that King Muhammad designed his website, books and artwork himself.

And as you will see after scanning through the Ministry’s website, Muhammad has also authored many interesting and insightful articles on various subjects.

Muhammad being only 36 years old and only reaching the 10th grade has still managed to capture constant media attention in his short career as an author. And even though that is a remarkable achievement, still is not the “Miracle” of the prophet. What is to be considered is the little known fact that King Muhammad under normal circumstances would not be mentally capable of producing such remarkable work.

You see Muhammad suffers from a combination of severe mental impairments which are seen here in medical records released to us by the prophet. ( PDF File )

And as you can see by his website, Muhammad considers his writings to be sacred because in his words – God helped him write them ! ! !

When asked if he truly thinks anyone would believe his writings to be “heaven sent” Muhammad simply told us “The evidence is clear, and it proves that medically I am not capable of this type of thinking. And I can’t believe that 5 different doctors are wrong, so I have to believe my work to be a miracle from A.L.L.A.H.”

NewsBlaze can not vouch for Muhammad’s claim either way, we simply leave the belief in miracles up to you, the reader.