The Bruce Lurie Gallery hosts a highly anticipated, rare showing of work by award winning multi-media artist Moira Cue this Saturday, July 19th, 2014 in Los Angeles. Celebrities and media attendance are expected, so patrons are advised to arrive early. Lucky guests that are able to get through the packed doors will be able to enter one of the top pop art galleries in the country, and meet and view the work of rising art star Moira Cue. Guests will also get to bounce from gallery to gallery during this special night of one of America’s favorite ‘art walks.’

The L.A. based Lurie Gallery is located in Culver City’s renowned Art District, which attracts thousands of patrons to the area each week during the areas famous art walk.’ The world class gallery has a particular focus on establishing the greatest of emerging to mid-career artists specializing in Abstract minimalism to Pop Art, with an additional recent focus on fine art photography. The Bruce Lurie Gallery features a wide range of monumental sculptors as well. 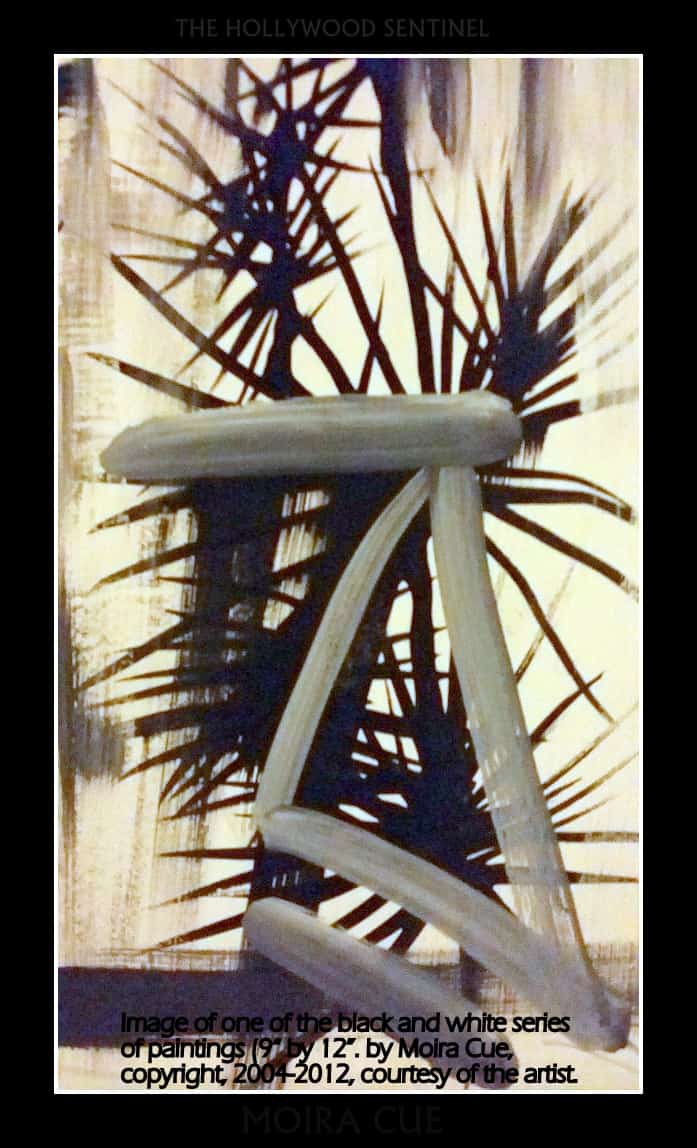 The Lurie Gallery shall host the latest work of L.A. based artist Moira Cue, with the show opening on Saturday, July 19th, at 7pm during ‘art walk.’ Moira Cue states, “I am truly honored to be featured at such a prominent gallery as the highly esteemed Lurie Gallery. Bruce Lurie is a legend in the art world. I consider it a real honor.”

The Bruce Lurie Gallery is located in the heart of the West L.A. Arts District of Culver City, at 2736 South La Cienega Boulevard, Los Angeles, California, 90034. There is free parking on the premises to the first 25 patrons, and street parking to all other guests. The event is expected to be at capacity, so guests are advised to arrive early.

VIP patrons should RSVP to the gallery at 310-876-1780, or e-mail StarpowerManagementLLC at gmail.com. Esteemed museum curators, celebrities, and press and media are expected.

About the Works Shown

The paintings are inspired by the shared formal affinity of typesetter and painter; both must solve the problems of the picture plane, dividing it with intersecting horizontal and vertical lines. The use of of fonts that are not characters in the western Latin-derived alphabet transforms symbols of unknown sounds into symbols of a subjective individual reality, raising the question: Is it truly possibly to codify human experience in a world divided by language and other geopolitical and cultural boundaries?

Other Work by Moira Cue

Moira Cue began painting at the age of 15. And by 17, had completed approximately 300 brightly colored semi-abstract works, mostly on Masonite, some as large as 6′ by 4′. Many of these early works reflect her love of the expressive and decorative art of the Modern era. These works are frequently interpreted as homages to well-known masters including Matisse, Picasso, and Klimpt- with a feminine twist.

In her early twenties, the artist began a series of still life, each of which are in private collection, including a painting made for a Vice President of the Museum of Contemporary Art Chicago using the client’s personal tchotchkes as subject matter. Her work also resides in the collections of pop icon Madonna among more.

In addition to her catalog of 240 8″ by 11″ font paintings, a more recent version of the series, sized at 9″ by 12,” a set of 365 daily black and white paintings from which the font series evolved, as well as private commissions, viewings, and consultation are available upon request.

Bruce Lurie Gallery is located at:

The following is a sneak peak inside the gallery at a former show: