The puzzle-driven feature film follows an amateur camper, Ben Boyd (Morgan Krantz) who over his three-day weekend wanders onto private property deep in the Minnesota wilderness. There he finds a kidnapping in progress. The kidnapper chases Ben into the woods, where Ben becomes lost, with only the kidnapping victim’s (Maya Stojan) phone for clues to the events unfolding around him. When the story switches to the kidnapper’s point of view, however, and to the other characters’, it becomes clear that everyone’s looking at the same facts but seeing completely diﬀerent stories. The puzzle isn’t truly resolved until the film’s final shot.

“If you like escape rooms, or jigsaw puzzles, or mystery novels, or crossword puzzles, this might be the story for you,” says McDill, the film’s writer. “We wanted to make a film that we’d want to watch, one that starts fast and challenges the viewer with a complicated puzzle, from beginning to end.” 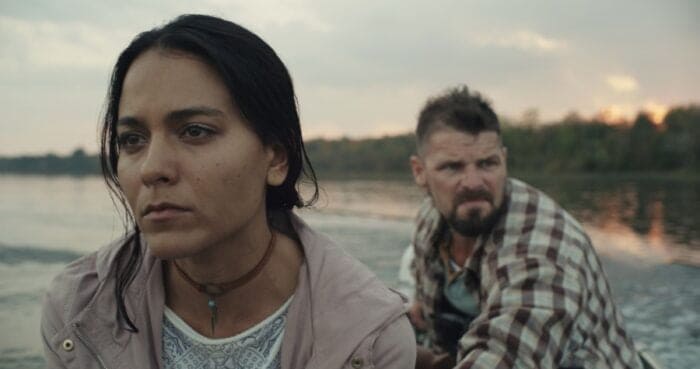 Executive Produced by Justin Kirk (Angels in America, Weeds), ‘3 Day Weekend’ received a special screening at the 2019 Twin Cities Film Festival picking up Best Screenplay ahead of its world premiere at the Cinequest Film Festival in San Jose, California.

“A Pandemic: Away from the Motherland” Releases October 10